Another day, another guide book.  Exeter is detailed in this 1999 tome, although the beer scene has moved on considerably.  I honestly can't even remember the Firkin chain, where the Fizgig and Firkin is no more.

With it being a Monday lunch in late Autumn, I'm sure that many of the 2022 Good Beer Guide entries will also be closed or opening at a time when we're not passing.

The best thing for me to do is to load the pubs from both books into Google Maps and see what we stumble upon when completing the Psycho-Geography that is Adventure Lab Caching.  The final stage drops us off at the pretty quayside.

A case of what we could have won, 2 hours too early for the Topsham Brewery.  Never mind, we'll have a walk along the Exe to the Mill on the Exe - a functional St Austell Pub, where the staff wear jaunty sailor uniforms and they have Hicks on cask.   A reminder from our trip to Cornwall this time last year, at the height of the ill-fated Tier System of lockdown.

From there, Mrs M leaves me to go shopping.  Dangerous stuff.  I have a lot of inspiration and its pay-day tomorrow.

Unfortunately, the unfortunately named Fat Pig becomes my 2nd GBG fail after the Topsham Brewery.  I checked Google Maps this morning and it said open at midday.  A check whilst outside at 1pm shows the listing has been updated and it's now closed Mondays and Tuesday.

I swear they just wait for me to turn up at a new city and change the rules.

With Mrs M not in tow, I could have broken my solemn vow to her that I won't spend money at JDW.  To be fair, the coaching house on the opposite side of the road looked a more interesting prospect.
I finally get a non dubious GBG Tick at the Ship Inn.  Its positioned down an alley near the cathedral that makes for an impossible photograph.  The alley is too narrow.  There are too many shoppers.
It's one of those low beamed, ancient pubs that I instantly feel at home in.  And so did Francis Drake, according to the history.  The Otter Ale was absolutely perfect and enjoyed that much, that the only photo taken was my untappd checkin.
Looking at the way the afternoon is going and of course, planning our evening meal around our location, we have time for just one more.  I'm out of pubs close by in the GBG and the pub crawl book.  The Great Western/Imperial double tick will have to wait for another day.
On the fly research shows that the Turks Head has just re-opened and is scoring high on the Google Review checkins.  Just around the corner from the Ship - we have nothing to lose.
It proves to be an inspired choice.  Easily pub of the day and I'll put money on it being in the 2023 Bible.
Its a delightful place - maintaining both an old school charm and new craft bar feel - if such a thing is possible.  Sited over a couple of floors, there's even a brewing rig setup at the far end.
I learn how to say Red Ale in Welsh.  Tiny Rebel Cwtch rhymes with Butch.  I enjoyed it that much on cask that I very quickly went back to the bar for a repeat.
Then I found they had Deya Steady Rolling Man on keg.
Enough to set us up for the ill-timed student-special train back to Exmouth for our tea.
I was sanguine about Exmouth's premier fish restaurant, Rockfish, being closed on Mondays.
Eating, as well as drinking, not the easiest at the start of the week.
And I knew the Globe is over the road. 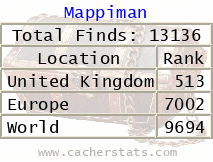